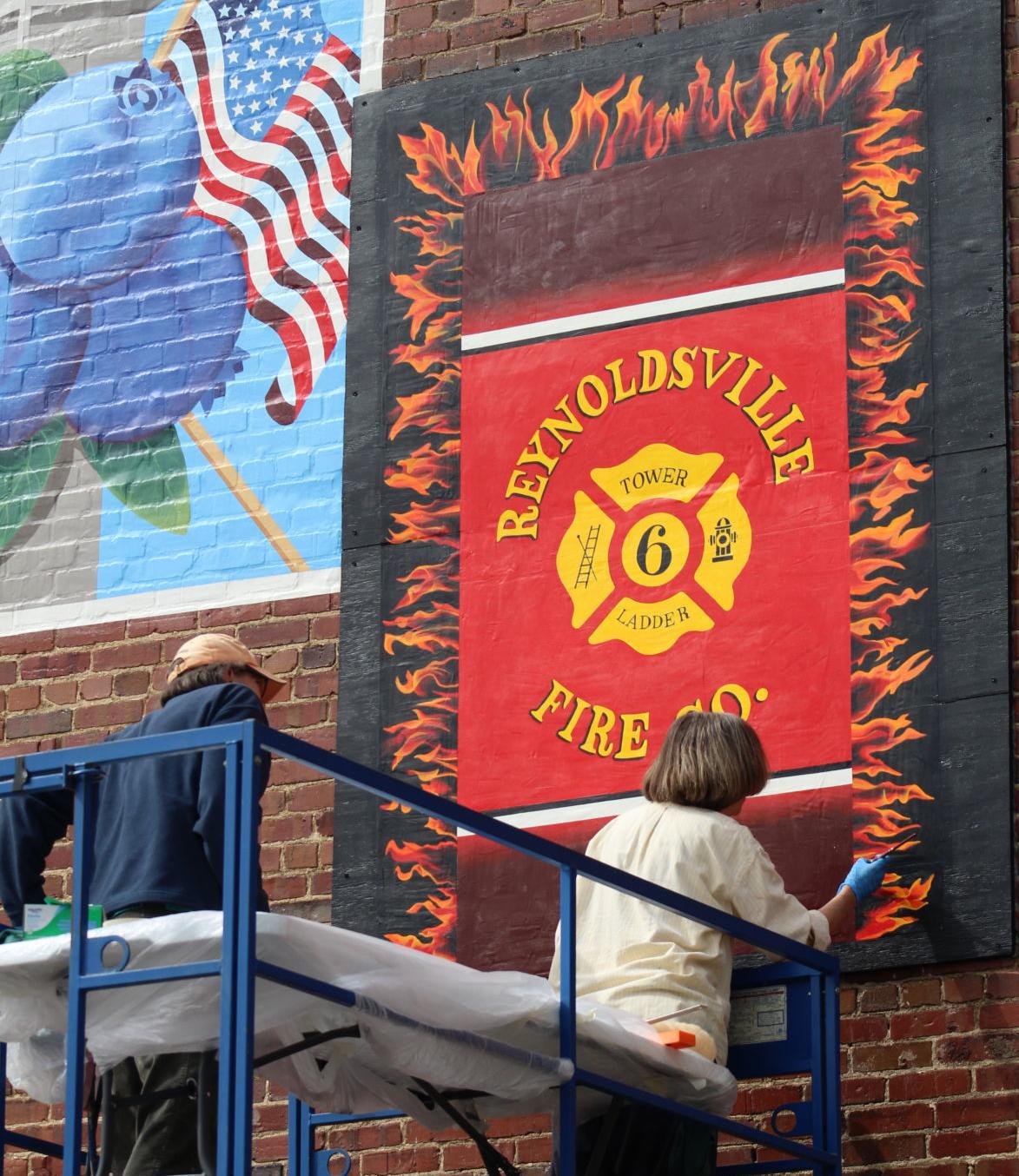 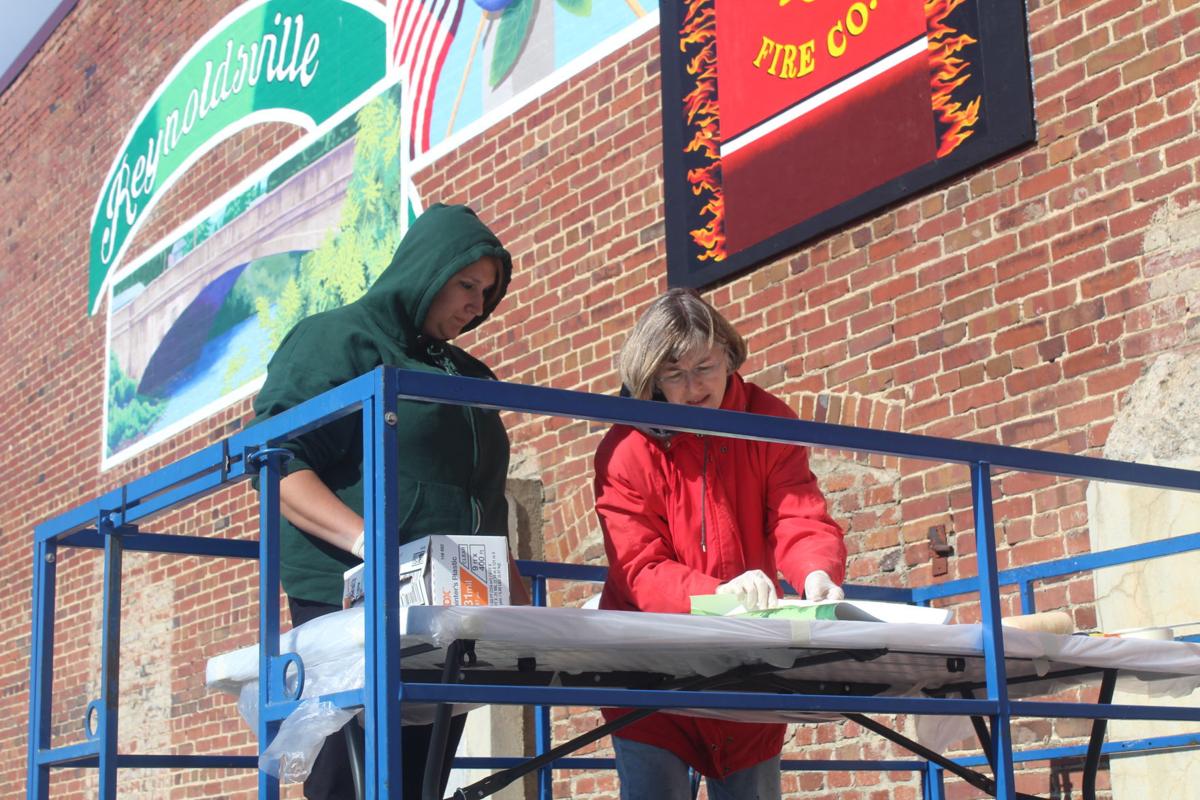 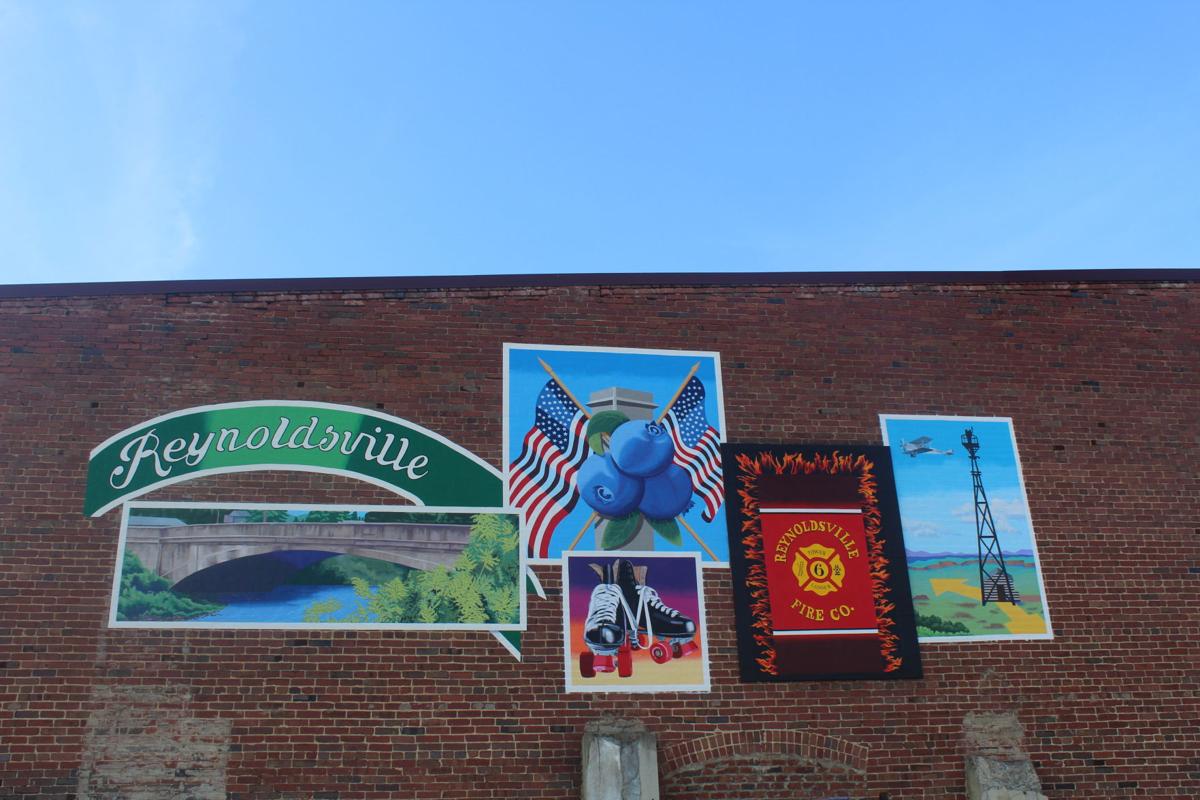 Pictured is part of the Reynoldsville Hometown Mural. 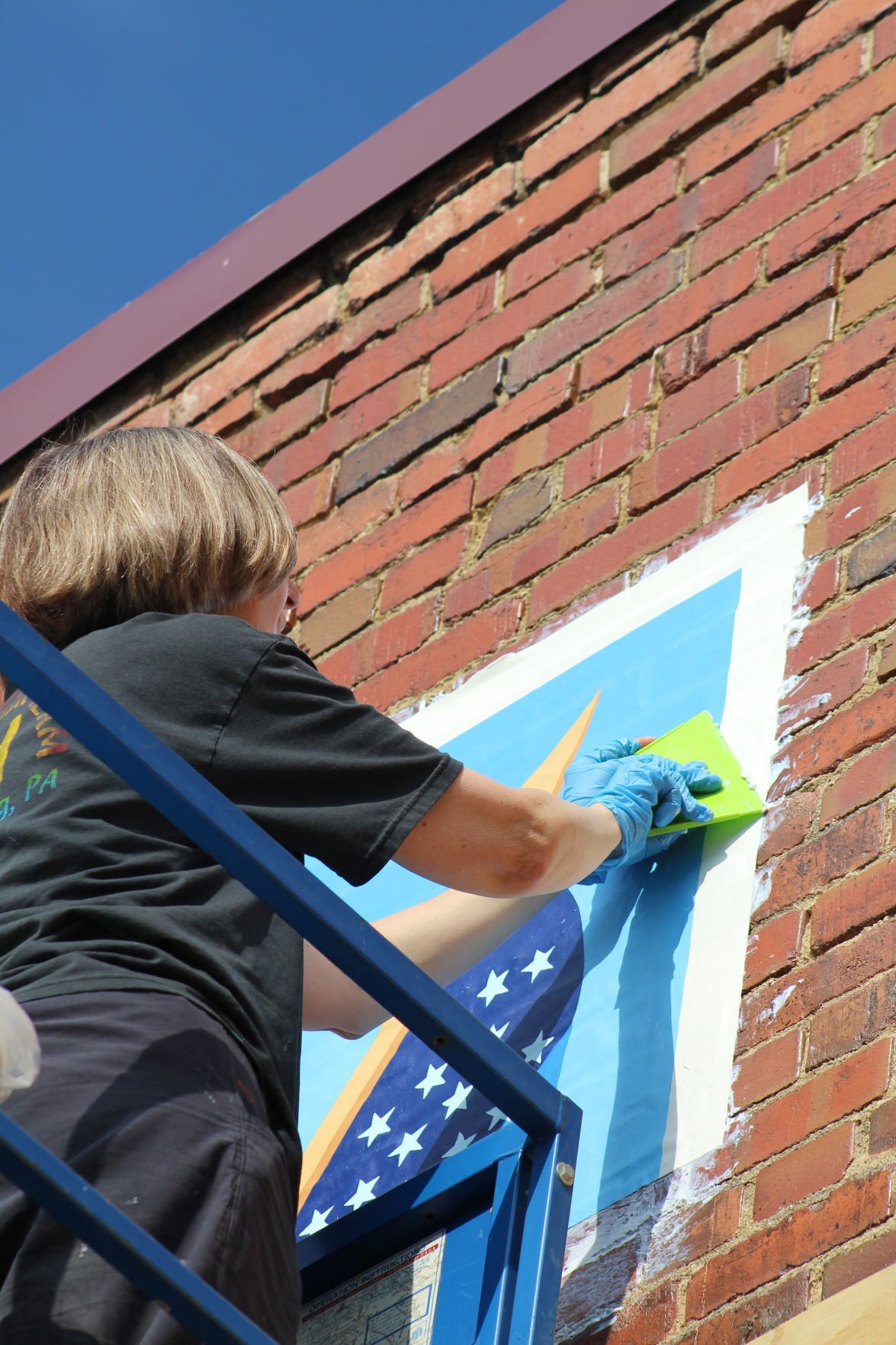 Pictured is part of the Reynoldsville Hometown Mural.

Jeff Tech art and mathematics instructor Angela Dragich said the installation of the Reynoldville Hometown Mural on the Reynoldsville Hardware building began during the last weekend of September.

Hollidaysburg artist Deb Bunnell started the 2018-2019 “ArtsPath” artist residency at Jeff Tech in January, where she worked with students in the school’s art room. The idea of the residency, Dragich says, was to encourage collaboration between Jeff Tech and the Reynoldsville community through the creation of a mural.

Bunnell then returned to Reynoldsville recently to install what she and Jeff Tech students painted in March.

The mural is also a community effort, with Rick August of A&R Tree Removal and Trimming, donating his time and equipment, such as bucket trucks and a scissor-lift, to the project. Bunnell’s husband, Roger, also joined in to help.

Kenny Spicher with Jeff Tech custodial/maintenance helped prepare the wall for the installation process, power washing and priming it, then sealing the door with plywood. Cooperative education students Troy Frederick and Travis Kalgren helped him do this, Dragich said.

The mural project, funded by Jeff Tech and the Pennsylvania Council on the Arts, will feature several panels representing Reynoldsville landmarks and events such as The Ticklebelly Bridge, Red, White and Blueberry Festival, Reynoldsville Fire Department, the U.S. Airmail Tower and Arrow from the 1920s, the Reynoldsville Rollerdrome, Falcons football and Bulldogs soccer teams, and Jeff Tech’s viking mascot.

Deb's Dairy Queen in DuBois is reaching out for full

PUBLIC NOTICE The Clearfield County Board of Elections gives notice