You are the owner of this article.
Edit Article Add New Article
You have permission to edit this article.
Edit
Welcome, Guest
Our Network
Home
News
Sports
Obits
Multimedia
Opinion
Living
Classifieds
+ More
Share This
1 of 2 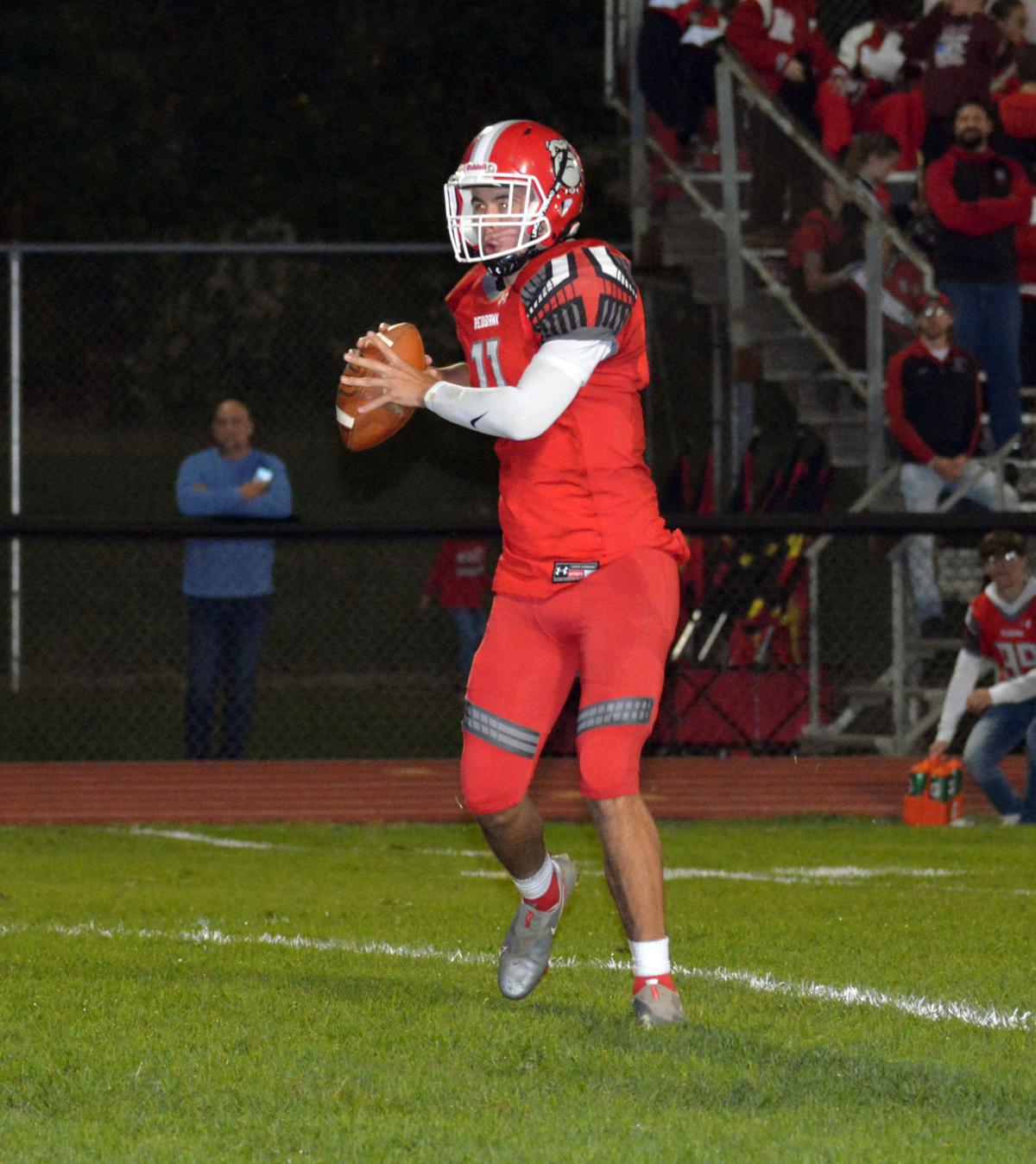 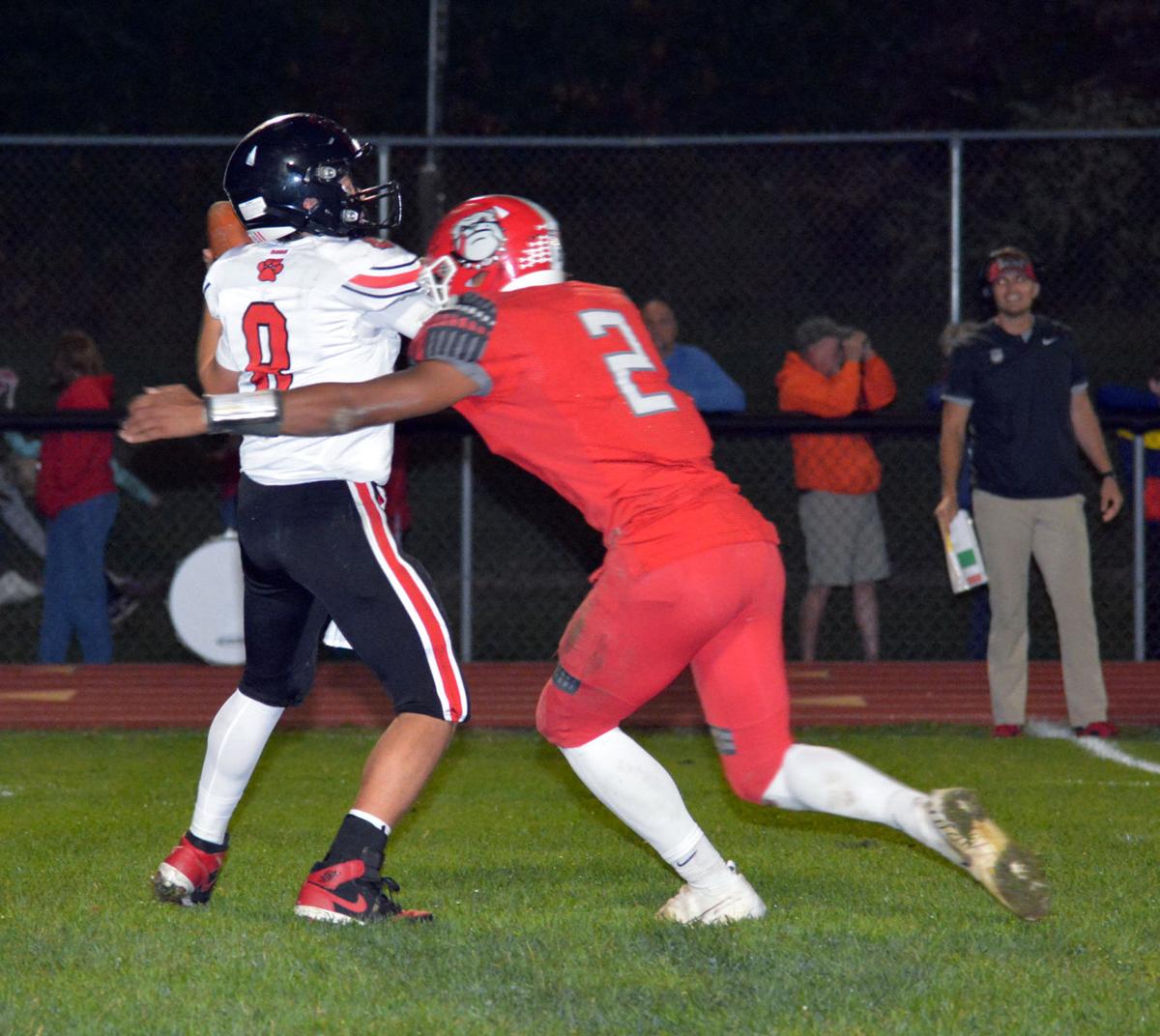 Redbank Valley’s Joe Mansfield (2) sacks Brockway quarterback Brayden Fox (8) in a game earlier this season. Mansfield leads the team this year with 9.5 sacks as the Bulldogs face Northern Bedford in the PIAA Class A quarterfinals this Friday.

Redbank Valley’s Joe Mansfield (2) sacks Brockway quarterback Brayden Fox (8) in a game earlier this season. Mansfield leads the team this year with 9.5 sacks as the Bulldogs face Northern Bedford in the PIAA Class A quarterfinals this Friday.

And that, Bulldogs head coach Blane Gold feels, will make the turkey taste even better when the workout is over. Monday, Gold figured a 9 a.m.-ish type of practice start on Thursday.

“I’ve been playing football since I was in seventh grade and I think every dream of a football player or coach is to have to schedule a practice on Thanksgiving day,” Gold said. “Because if you do, that means you made it pretty darn far. So that’s been a dream of mine.”

It’s a rematch of last year’s PIAA first-round matchup held at Windber High School where the Bulldogs beat the Panthers, 28-15.

This year, the state bracket rotated to a setup that while the Bulldogs were beating Union/A-C Valley, 28-21, Northern Bedford traveled to Greenville High School to beat District Reynolds, 35-22.

So the winner this time lands in the PIAA semifinals against WPIAL champion — Our Lady of Sacred Heart vs. Bishop Canevin, Friday at Heinz Field at 2 p.m. — next Friday or Saturday at a site to be determined.

Glancing at last year’s box score, the lone touchdown scored by a returning player came from the Bulldogs’ Chris Marshall on a 33-yard TD pass from Cam Wagner. The Bulldogs outgained the Panthers, 243-147, after jumping out to a 21-0 lead by halftime.

Barely an offensive stat was recorded by a returning player for the Panthers, who started this year 1-3 before winning eight straight. All three losses were to Class 2A teams, all of them playoff programs in Cambria Heights (29-0), Bellwood-Antis (27-0) and Windber (56-7).

“They beat Curwensville by the same score Smethport did and Smethport is very good and we know Reynolds is a good team that lost a lot and they’re a good team and had they had a good game against them,” Gold said. “They lost a lot of production from last year, but they have a sophomore quarterback and running back and a freshman receiver who are leaders in stats, but we’re a team that started a lot of sophomores as well. We respect all of that, so we know they’ll be new faces with a lot of our faces returning.”

Against Reynolds, the Panthers trailed 14-7 at halftime before scoring four straight unanswered touchdowns, three of them in the third quarter as quarterback Eion Snyder hit freshman receiver Aaron Bowers, a 6-foot-3, 185-pounder, with TD passes of 28 and 26 yards.

Senior Kainen Brown ran for TDs of 7 and 3 yards while Snyder’s 14-yard TD pass to senior Brooks Snider put the Panthers up 35-14 in the fourth quarter.

Sophomore Adam Johnson ran for 118 yards on 15 carries while Eion Snyder completed 9 of 18 passes for 173 yards. Bowers caught four of those completions for 134 yards alone.

“They’re pretty balanced and going to have a lot of their formations with a tight end on the field and they’ll use different players there to find the one-on-one matchups to win,” Gold said.

Gold praised the work of his defensive unit, such as sophomores like Mason Clouse and Ashton Kahle, who filled in for senior Marquese Gardlock. Gardlock missed the past two games, but he’s back in the lineup to help on both sides of the ball, especially in any key matchups with the receiver Bowers.

“We haven’t seen a tall, lanky guy like that who can get the ball so we’re happy to get Marquese back for that matchup and it’ll be exciting to watch,” Gold said.

And so will the game in general on Black Friday, as they call it commercially. Gold wants to make sure his team continues to enjoy the ride. He reached out to his former coach at Franklin High School who is now at Kirtland, Ohio. Phillip LaVerde’s team is playing for its 10th small-school state titles in 11 years and it’s currently on a 54-game winning streak.

“I asked him what he did different at this point in the season because you’re not going to improve all that much in tackling or anything,” Gold said. “They don’t have a turf field, the same us and he told me they went outside for an hour and lift for an hour every single day. They want more effort in the weight room than practice.”

The key being, staying sharp mentally and staying healthy physically. Gold said his team is healthy at the moment.

“We’ve never really had to try to learn how to manage those things, so it’s a learning process that we hope is going to continue to benefit us down the road and years to come,” he said.

CO-EXECUTRICES’ NOTICE In re: Estate of DONALD R. YALE, a/k/a